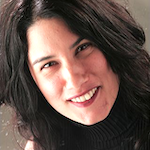 Editorial Director/CEO: Dr Sunny Bains
Sunny is a scientist, journalist, and educator who has worked in both the US (based near San Francisco, Boston, New York, and Seattle) and the UK (London and Edinburgh). She has a bachelor’s degree in physics, a master’s in journalism, and a PhD related to robotics and neuromorphic engineering, and has taught at UC Berkeley, Imperial College London, and University College London where she now works. She has written hundreds of articles for numerous publications including The Economist, Science, New Scientist, Wired, EE Times, and Laser Focus World, and is the author of Explaining the Future: How to Research, Analyze, and Report on Emerging Technologies. 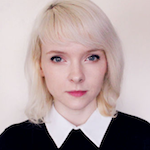 Managing Editor and Curating Editor, Engineering, Physical Sciences, Electronics and Computing: Rose Grey
Rose holds a degree in physics and loves working with scientists and researchers to help them explain the importance of their work. As well as curating news stories in science and engineering for ENGins and our News Walls, she is adept at editing and creating scientific content across all media (from text, to video and animation, to audio) and for a range of audiences (from specialist to general). 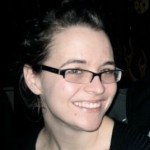 Curating Editor, Biomedical Engineering, Science, and Technology: Dr Sarah Payton
Sarah has a degree in biochemistry, a PhD in development neurobiology, and a broad range of editorial experience across biology and medicine. Her roles have included writing, editing, commissioning, and curating content at Nature Publishing Group, The British Medical Journal, and Form and Content Media. 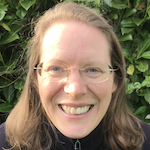 Curating Editor, Chem, Nano, and Materials, and Education: Dr Joanna Carpenter
Joanna has qualifications from Cambridge University, Oxford University, Imperial College London, and King’s College London. She has worked for Form and Content Media since 2007 and also teaches Chemistry at a London secondary school. As well as enjoying inspiring the next generation of scientists, she speaks fluent German. 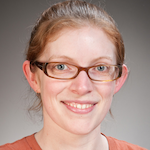 Curating Editor, Engineering, Environment, and Energy: Dr Kathryn Allan
Kathryn grew up in New Zealand and is currently based in Glasgow, Scotland. She obtained her PhD in Chemistry from Victoria University of Wellington in 2014 studying the design and synthesis of industrial catalysts. Kathryn has been working in scientific publishing for several years, including as an editorial coordinator for Journal of the American Chemical Society and various freelance roles.

Senior Technical Editor: Giselle Weiss
Giselle is based in Basel, Switzerland. She has 30 years’ experience writing and editing science and technology, including popular science. She also works as a technical translator of French and German into English. She has an MSc in science communication from Imperial College. 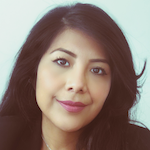 Marketing, Social Media, and Sales: Betsy Gomez
Betsy has a BS in Marketing from California State University, Northridge, an International MBA from the International School of Management in France, and speaks three languages. She teaches marketing courses and consults on related matters with businesses across the globe. She loves traveling, discovering new things, and meeting new people in different parts of the world. 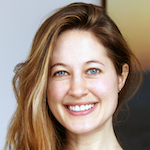 Sales: Keira Rakoff
Keira is originally from NY and now lives in France. She has both an MBA from the International School of Management in Paris, France, with a focus on international business and an emphasis on entrepreneurship and innovation, and a master’s in Forensic Mental Health Counseling from John Jay College of Criminal Justice in New York City.

Tweet0LinkedIn0Share0Email0Print0
Scroll Up
Share this ArticleLike this article? Email it to a friend!
Email sent!